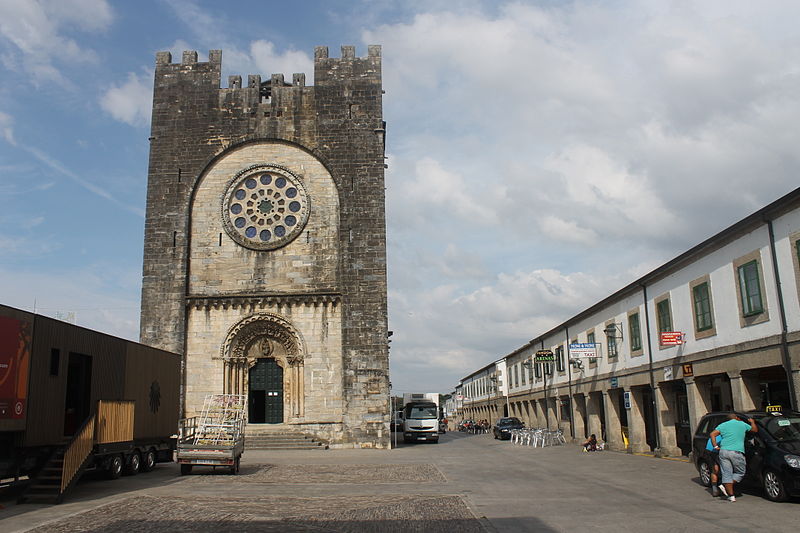 When we arrive to Portomarín (image) today, it is going to be just three days to go… Does this help?

Portomarín is one of the most interesting cases for contemporary archaeology in the Camino. A pintorersque village, the construction of the Belesar dam in the MIño river (the largest in the Northwest) flooded the place, so some of the main buildings were transported to a nearby mount (its current location). So, even if it looks old, it is not the original place but rebuilt in 1962.

Short-term contracts, rising rental prices, fragile environmental conditions, and increasing poverty are the main parameters of rapid changes in urban areas of many developing countries. During the last couple of years, immigration to the cities has been intensified due to political conflicts and environmental changes. Nevertheless, the instability of wages has put pressure on the subaltern and poor communities to move constantly between different neighborhoods of the cities. The marginalized areas around the cities are developing quickly, or as we see in the cities like Hong Kong, the growth may even happen vertically and in the form of skyscrapers where the poor live.

One of the most terrible forms of instability that happens as a consequence of extreme poverty when more low-income families and unemployed people are forced to move on or around the landfills, which are the result of drastic consumption attitude of the well-off classes and their intention towards garbage-making.  In Rio, Moscow, Tehran, Cairo, Beijing, and many other megacities of the world, the poor and the middle-class are losing the stability of their life. To find a job, the young generations have to move from city to city and even from country to country. This harsh situation shapes new subcultures, communities, identities, and collections of material culture. Due to their instability, these communities keep only a few essential things and always wonder about the next rental contract and moving process.

Archaeologically speaking, instability and mobilization of the mentioned communities leave a series of material cultures behind: the abandoned villages, trash remained from moving process (such as boxes), developing marginalized areas, re-used items scattered around the ghettos and extremely vulnerable architecture of slums.

Through “Blurred futures,” the authors are going to encourage the participants from different countries to share their experiences about instability, mobility, poverty, the materiality left behind, and the future of the mentioned process with the audience.

Ali Roustaeeyanfard is an independent painter and photographer. Born in 1975 in Tehran, he received his BA in archaeology and art history from the University of Tehran. Ali started painting as a teenager and gradually enriched his artistic experiences through working with different materials, techniques, and subjects. History has always been one of his main concerns and he has often used historical photos in his work. Ali believes in ordinary people as the agents of history. In his historically inspired works, he challenges the dominance of the political elites’ history. Since 2018, he has been designing book covers, mostly in the realm of archaeology, cultural heritage, and history.

Ali has displayed his work in several individual exhibitions in Iran and participated in several group exhibitions in Iran and the USA. In 2011, he received an art residency fellowship from Art Omi Foundation in the USA. Since January 2021 he has been living in Heidelberg, Germany, where he spends most of his time fostering new ideas, artistic techniques, and innovative ways of artistic expression.

As an immediate consequence of lock down in Iran, the dormitories were closed, and public fear appeared. Numerous university students had to return to their hometowns. After a few months, some of them returned to
Tehran. But, after a while, several were forced to leave Tehran again. This happened as the result of the influence of extreme inflation on the living costs, rent, and even daily necessities. Many other individuals chose to continue living in Tehran; Despite all difficulties, living in Tehran is tied to their identities and independence. These individuals, who I am one of them, are the survivors of these drastic situation.
“The survivors: sub-narratives” is a booklet project particularized to describe the daily life of young individuals from Middle classes who moved to Tehran. The project has two sections: the first one serves as an introduction to the project and is a photographic biography of my own life during the pandemic, which is associated with monologic notes in Persian. The second section is on the narrations of a graduate students and students, my friend, who lived in Tehran. Also, the texts of this section are part of interviews that I conducted which represent the thoughts of informants about their life and experience of living in Tehran. Eventually, this project is the story of young people who struggle to stay in Tehran and shape their identity.

Omran Garazhian – The face of an immigrant

Join us for this day of presentations live from