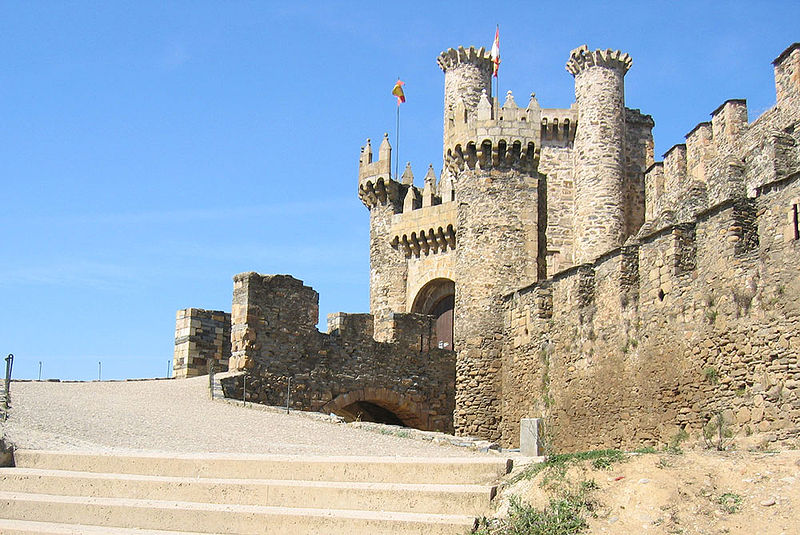 We start the fourth week with a long walk until Ponferrada, the main city of the region. Don’t be tricked by the Templars’ Castle (image), this is a mining region and the first thing you will notice from far away is a fairly big skyscraper (small, but huge for the region, after kilometers of small villages and towns with short buildings, it is quite shocking.
Roman fact: nearby you can find Las Médulas, a World Heritage Site of ancient industrial heritage that left an amazing scar in the landscape…

Every week, Tracy performs in Sant Iago. You can see her videos on her YouTube channel. We will have the chance to speak with her on November 30.

Monuments, by definition made to endure through the use of durable material or the choice of rendering them in massive scale, counterintuitively involve movement. Usually this involves the movement of people, whether it be through pilgrimage, commemorative performance, or dedications of new monuments. Beginning in 2017 with the protests in Charlottesville, Virginia over the racist materiality of Confederate monuments, US citizens and municipal bodies began a period of monumental movement in the US landscape. In 2021, the Chicago Monuments Project was formed to review and catalogue the city’s extant monumental landscape, to commission new monuments, and ultimately, to make recommendations for the removal of “problematic” monuments. Today, 40 monuments of almost 500 total have been identified by the advisory committee for public dialogue and potential removal. Via mapping and discussion, we explore the monuments of Chicago as a landscape in motion.

Join Rebecca and Morag at 16:00 GMT for the live review: