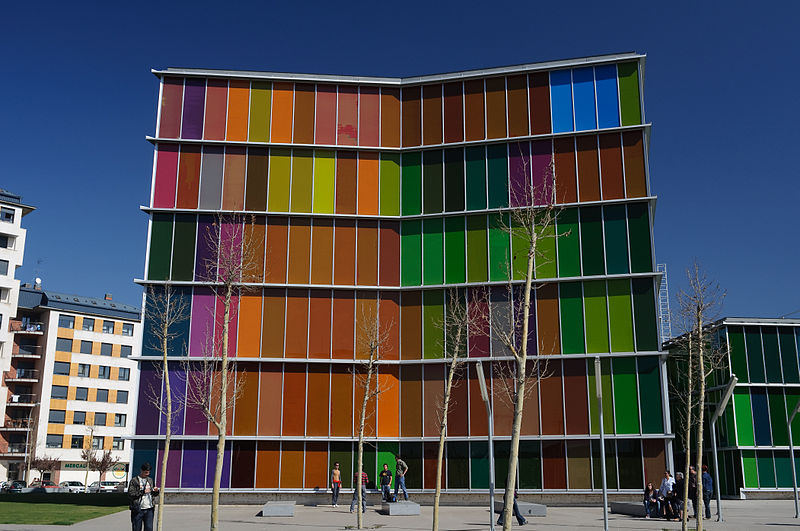 I have to recommend the Museum of Contemporary Art (image) because this stage of the Camino is not among the most beautiful. Leaving León brings us to a periurban area that is maybe of interest for other contemporary approaches to heritage and some kitsch representations in urban developments and industrial areas in the way. But this is just tpday and soon we will reach and amazing region that will show us the beauty of the Northwest.

17:30 GMT // An endless party on the move. The artichoke route: Discotheques, electronic music, and drugs in the southeast of Spain

During the late 80s and the first 90s in the East of Spain, there was a social movement among the youth related to the party during the weekends. Franco’s dictatorship had recently ended, and democracy had come to stay, even when a leftist party came to power. There were airs and graces of openness and freedom.

Large discos opened to accommodate this youth who began to try synthetic drugs and dance to electronic music—very different leisure from that of their parents. To go from one club to another, in an endless party, which started on a Friday night and ended on a Monday morning, they used cars. This kind of leisure was soon known as the cod route, which is how this type of music is called in Spain in a derogatory way. The artichoke route was the poorest and non-studied version of this route.

In this presentation, we will report on our most recent festival research findings, undertaken at Green Man festival 2021. Themes of festival as a personal pilgrimage experience figured quite strongly in our previous Glastonbury festival research (Brayshay & Mulville forthcoming).  in which our findings challenged popular media portrayals of festival culture and festival goers as one of economic and hedonistic excess. We found further resonance with our findings in two papers given at the Inside Festival Cultures Conference (2019) in which Kylie McCormick explored The Liminal Pilgrimage Experience in relation to festival, referencing Victor and Edith Turner’s (1978) hypothesis of the pilgrimage journey as a liminal process involving separation, reconstruction and rebirth. These themes of a transformative journey and liminality were also reiterated by Tim Turner’s referencing of the Hero’s Journey Monomyth (Campbell, 1949, 2004) in his paper A framework for understanding illicit drug use in bounded play spaces. Although there has been some previous work by anthropologists on pilgrimage as a religious right of passage, there is very little research on the notion of pilgrimage in secular contexts. Framing our research around the Heroes Journey Monomyth, we follow in the footsteps of Bilbo Baggins, Luke Skywalker and Harry Potter to explore the experience of festival as a liminal, transformative journey.

There will be a map, stories and a little bit of Tolkien.

Both events will share the same Zoom session, starting at 15:30 GMT with Jesús and José María (& Jaime), and continuing afterwards with the Guerrilla Archaeology team.