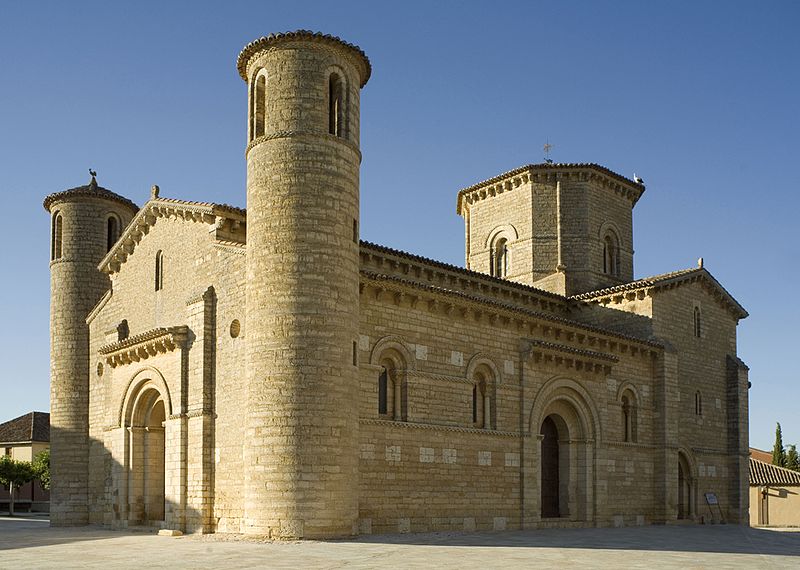 The North of Spain is really rich in heritage, but Romanesque architecture is specially present in this region. Gothic and Barroque too, but Romanesque is more present here than in other regions, all thanks to the Camino. This is why somehow it extended from the ways outwards and you can find incredible examples specially during these days. San Martín de Fromista (image) is one of them… but there are more. Also in the Primitive way from Oviedo.

So, this is why I said before that you can take some time to rest in these small villages too. Although not this time… we have a schedule to complete!

A global pandemic has in many ways made our world smaller but what many people don’t realise is that there is a whole world waiting to be discovered right on our doorsteps, a world that can be explored even further through both listening walks and soundwalking. People often drown out sounds with music and podcasts while out walking but careful listening to our environment can tell us so much about where we are, where we have been and perhaps where we are going. There is so much to be uncovered whilst walking what may seem like a mundane route.

Eist! is a short film inspired by listening walks and sound walking in south Perth in early 2021 by Aileen Ogilvie. This progressive composition maps the route between a tunnel underneath the southbound railway line and the UK’s most northerly motorway underpass under the M90. This journey through time and space combines fragments of field recordings, found sounds (natural ambient sounds, humanly produced sounds and industrial sounds), spoken word, song, instrumental music, stories of place and the inquisitive thoughts about the traces of the past encountered on the route, both tangible and intangible.

This artefact was created whilst undertaking the Tuning of the Nations module as part of the MA in Contemporary Art and Archaeology with the University of the Highlands & Islands.

Join us on Zoom on Saturday 13th November 7pm for a screening of Eist! and a conversation on the process of excavating mundane movements.