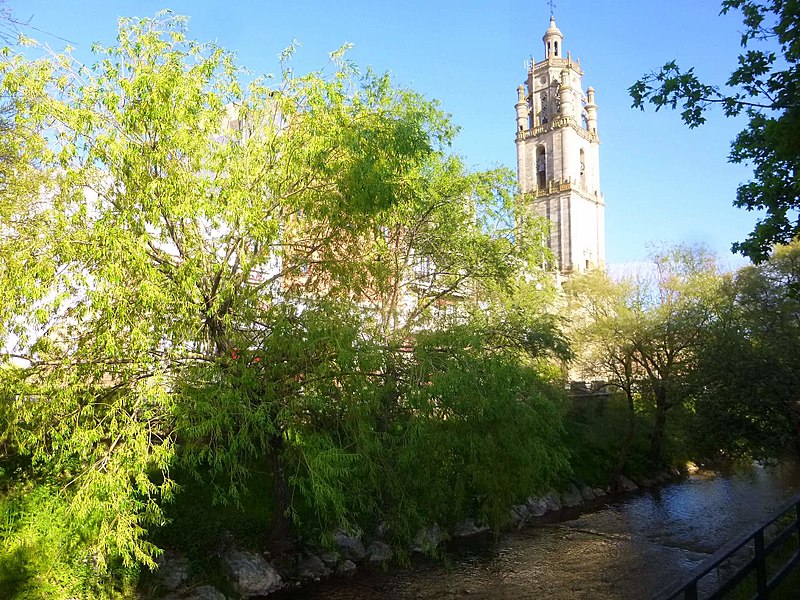 From Estella we have to continue SW. Today we do not have a long or difficult way, and we can see some interesting things on the way. To our right we will see one of the castles (Monjardín) in the top of a hill… no need to go up, but interesting stories behind all the fortresses in this area, destroyed after Navarra joins Castilla and reused during the wars of the contemporary era.

To the left (quite far for a walk) there is a nice roman villa (Las Musas de Arellano) and soon we will get to Los Arcos (Santa María church in the image), a small town that will be our last overnight in Navarra…

I miss London. Although I have never lived in London the perambulations of my life have swung around the city. My grandmother lived there, and my best friend. Sometimes I’ve worked there. I was married there.  I haven’t travelled to London now for 19 months, the longest haven’t made that pilgrimage since 1986.

Now I hear that they have built a mound at Marble Arch – or something like a mound, but not really a mound – and it reminds me of the not-a-mound which I travelled to before coming to London in 1986, the passage tomb of Knowth where I was learning to dig. And another mound, Silbury Hill, that was a mound but people couldn’t believe that it was just a mound, that I travelled to every week in the year my grandmother died, because making it just a mound again was complicated.

So the not-a-mound draws me to London, as mounds often do, despite the disappointment with which it has been greeted. This short film will share the physical, mental and emotional journey, tying in the other mounds and not-a-mounds along the way. I want to reflect on how the place changes as I move towards it – how archaeological approaches work at a distance, and in the heart of the mound.

Join the conversation with Sarah at 12:30 GMT

So, Jaime is presenting #pilgrimCHAT in the pre-conference event for November 12 (La memoria que viaja). Some synergies across continents to spread the work about CHAT and contemporary and historical archaeology (in theory). If you understand Spanish and want to attend, tell us…

Just so you know…